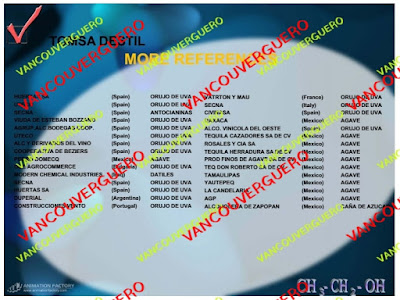 Exploring diffuser (difusor) use in Mexico's Tequila and Mezcal Industry: Traditional or Industrial?

100% accuracy is not guaranteed. This subject has been discussed in articles, blogs and forums but never really taken seriously. The ramifications of the industrialization of tequila and its full impact on the industry and environment. There are a few pieces on diffuser (difusor) use in the production of Tequila and Mezcal: 1). Tequila Aficionado has some posts on the matter (btw you're welcome for the name of the manufacturer) - although they have expressed there's a place in the market for diffuser made tequila & mezcal; 2). MuchoAgave's page is informative. So it began, an exploration on industrial diffusers (difusores) used in the production of Tequila and Mezcal. The company that manfactures this type of technology and supplies it to companies around the globe is a Spanish company named Tomsa Destil  and partner Goven Investments - Integrated solutions, bio energy, spirits .... Tomsa Destil and Goven Investments provide turn-key contracts as well as engineering, onsite construction/supply, supervision/training, and maintenance. By all accounts this company appears to be the lone manufacturer and supplier of diffuser technology for tequila and mezcal companies (it appears another Spanish company produces this technology). Although, recently we uncovered another, Dedini S/A Indústrias, based in Brazil that builds diffusers for sugar cane. Does this mean diffusers are used in the production of rum and cachaça? Has Dedini S/A Indústrias sold any diffusers to companies in Mexico?


The Tomsa Destil diffuser system specialized for agave production is built and capable of acid catalyzed hydrolysis. This means it's supposed to efficiently extract a higher percentage of the sugars from uncooked raw agave. According to a Tomsa Destil representative, acid catalyst hydrolysis must be used for the processing of raw uncooked agave. The process basically consists of the following steps: Loading of whole agaves into a hopper were they pass through a slicer; The cut agave is passed through a de-fibreising machine to open up the fibrous material; The next step consists of passing through a milling machine to chop the material into small pieces. The shredded material is fed to the diffuser where the sugar is extracted via high temperature-pressure and intense steam. The juice from the diffuser is sent to a holding tank and eventually fed to one of two batch cookers (autoclaves). The autoclaves are reactors in which Sulphuric acid is added and the mixture is heated to a certain temperature, held for a certain time and then cooled. This hydrolyses the sugar starches into fermentable sugars ready for fermentation. In some cases there will be 2 reactors working alternately. The solid bagasse coming from the diffuser will pass through a set of two roller mills to squeeze out all the remaining water. The method of pre-cooking the agave (horno or autoclave) before being processed by a Tomsa Destil diffuser does not require acid catalyst hydrolysis. This slow cooking hydrolyses the sugars without the need to add acid. The diffuser will replace some of the roller mills for juice extraction, i.e. instead of squeezing the juice out the diffuser will be washing it out. The manufacturer of the diffuser recommends the first option (Sulphuric acid) as the efficiency will be much greater (<1% sugar losses) and so the payback period will be much shorter. 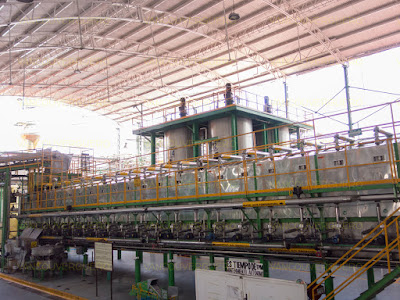 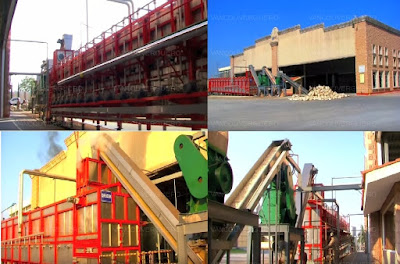 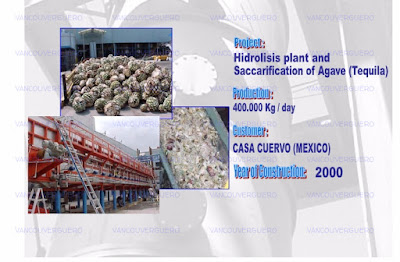 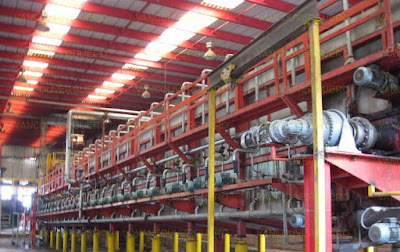 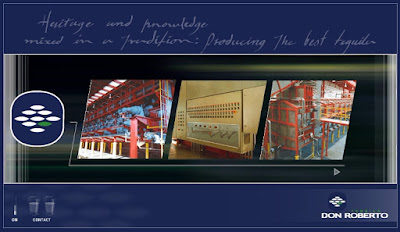 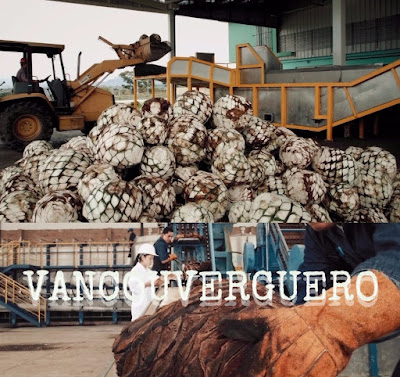 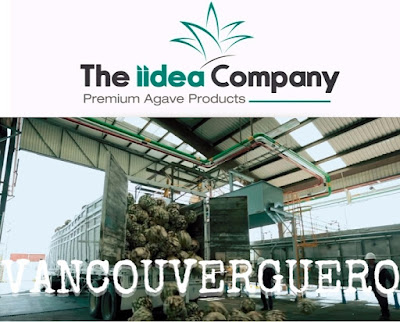 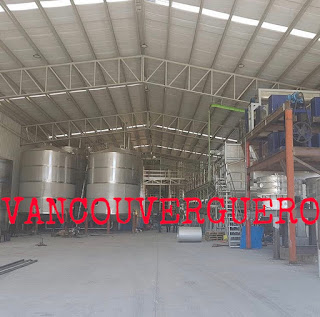 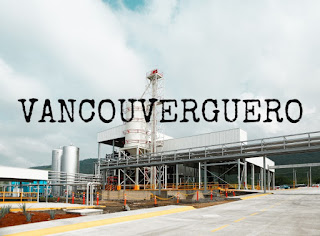 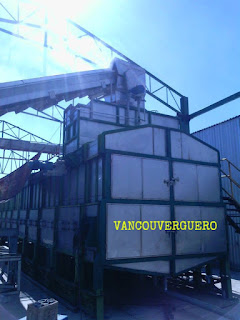 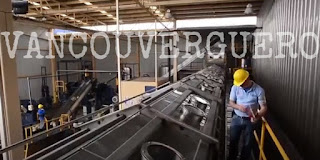 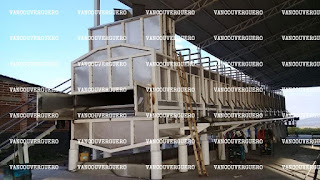 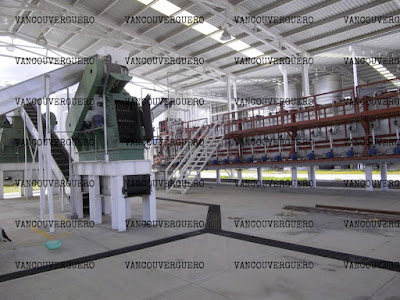 I once recall, a tequila representative describing the process as a "delicate way of making agave tea" and "only hot water and high pressure was used". Ok. Sometime around the late 1990s/early 2000s Tequila Sauza, S.A. de C.V. (NOM 1102) bought their diffuser equipment from Tomsa Destil when ownership was under Allied-Pedro Domecq. According to a 2009 Tequila Sauza investor newsletter, this particular distillery started using one for all products beginning in 2003. Currently, Sauza, is owned by Beam Suntory, Inc.. People have described these rather large industrial pieces of equipment as "green" and "environmentally friendly". Yet there is some obvious concerns. What methods are used to collect and recycle the acid, neutralizers and other waste(s)/byproduct(s)? How much energy is consumed by a specific diffuser? What, if any, is a diffuser's impact on the environment? How does the automation of a distillery affect employment? Bare-facts, what is the carbon footprint of an industrialized distillery? That same Tomsa Destil representative provided some figures for the resource and energy needs of their diffuser. If anyone can extrapolate how these numbers compare to a more traditional distillery with a horno and a milling device please do reach out to us.

Basic requirements of the difusor process provided by Tomsa Destil 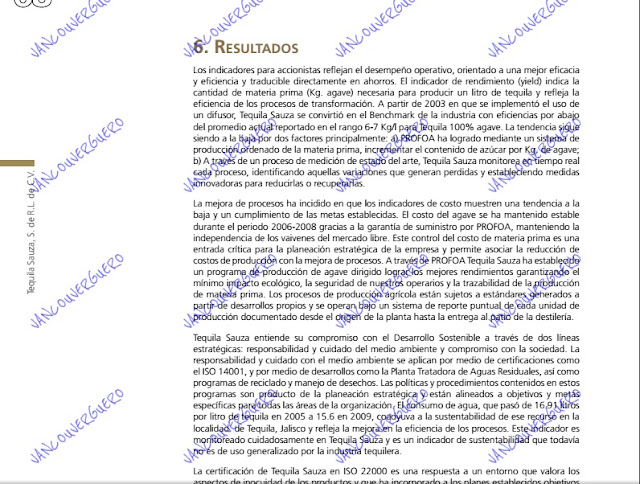 
It seems some distilleries openly share this type of information about their production methods. Others like to hide the fact a diffuser even exists on their property. Most brands, for good reason, deny their product is produced in such a way even if the tequila is produced at a distillery that owns such technology. Destileria Leyros, S.A.de C.V. (NOM 1489) comes to mind as they allowed it to be filmed here. As you can see right from the opening, that huge red and silver coloured piece of machinery that resembles a shipping container, is a Tomsa Destil built diffuser bought under the company name, Rosales y Cia, S.A. de C.V. . It seems the Tomsa Destil diffuser is built to work with a specialized autoclave oven(s) that handles liquid, a 'cranked up' fermentation process and in most cases a column still for distillation. In this case it's entirely feasible that a Tequila or Mezcal distillery could produce a blanco in 24-36 hours from a load of harvested agave unlike a traditional distillery that can take anywhere from 7 - 10 days to make their product. Doesn't sound very traditional or "small batch" to me. Hear that Casa Dragones Tequila. Some distilleries cook the agave in their pre-existing autoclaves or hornos before being cut up ("pre-cooking") and placed into the diffuser; while other distilleries feed raw agave into mechanical chippers then into the diffuser - utilizing the specially fabricated autoclave for liquid ("post-cooking").  Which method takes the least amount of time?


Renowned scholar, Dra. Ana G. Valenzuela Zapata, said it best, translated: "prohibit the use of diffusers (hydrolysis of agave juices), it takes away the 'soul' (the taste of cooked agave) in our spirits, unique in the world its aromatic and flavor complexity." 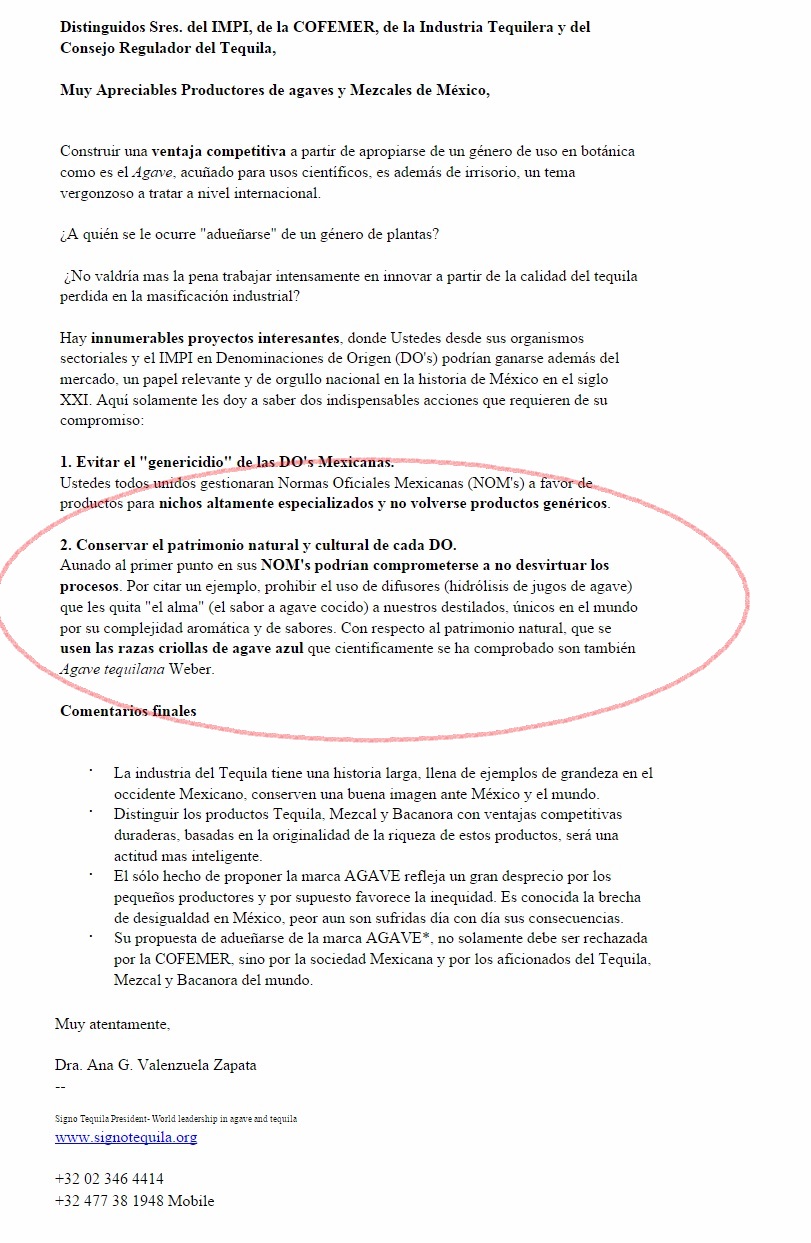 Miguel Cedeño Cruz is one of the most well known technicians in the Tequila Industry and for many years he has been part of the technical committees for the Tequila National Chamber (CNIT) and the Tequila Regulatory Council (CRT). His statement on diffusers, "In some tequilas, a diffuser is used to extract inulin in raw agave without cooking, followed by acid hydrolysis to release fermentable sugars. Using this method creates a more neutral profile and does not yield the desired baked notes, given there is no cooking of the piñas. Additionally, some distilleries also utilize a column still to achieve a more neutral profile and expedite the production process – DeLeón does not employ either of these methods."

Even Tomas Estes, co-founder of Ocho Tequila and Tequila Ambassador to the European Union stated, "But most of the newer 'innovations', like diffusers, seem not to add flavor but to take it away."

Douglas French, founder and master distiller of Scorpion Mezcal, strongly opposes production with the aid of a diffuser. 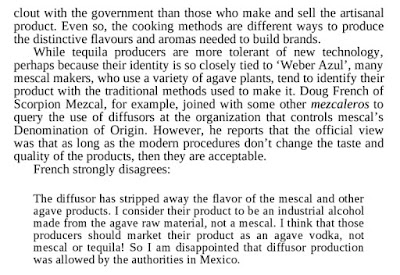 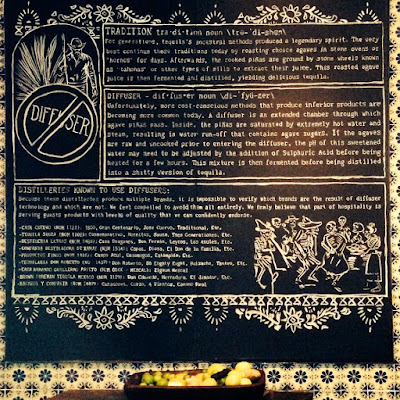 By no means releasing this type of information are we attempting to tarnish or defame any particular brand or distillery. Although we tend to choose and support family owned brands and more traditionally made agave spirits. A diffuser is just not traditional. Such technology eliminates valuable jobs and the impact on the environment isn't definitive. Then again is it cheating, if a distillery uses this type of equipment? It's perfectly legal and defined as acceptable in section 4.30 Operaciones unitarias of the Consejo Regulador del Tequila's Norma . It was added to the Norma after the last "Agave Crisis". Coincidentally around this time most of the companies and distilleries purchased diffusers from Tomsa Destil. The rule 6.2 Del agave. El agave que se utilice como materia prima para la elaboración de tequila, debe ser maduro, de la especie Tequilana weber, variedad azul, y haber sido cultivado en la región geografica descrita en la Declaración from Norma Oficial Mexicana NOM-006-SCFI-1994 never found its way into the NOM-006-SCFI-2005 or the NOM-006-SCFI-2012. Essentially such an omission would allow distilleries to use immature agave azul in their production of tequila. So much for sustainable agave practices.

So now it is entirely up to you. Try some blind side X side tastings. What do you prefer, a less traditionally made spirit or a more traditionally made one? You have to keep in mind there are two possible problems: a) Distilleries could be blending in diffuser made tequila with other more traditionally made batches (very cost effective); b) Distillery NOM X4X5 could source diffuser made tequila from distillery NOM 1Y8Y but still keep NOM X4X5 on the label. And perhaps you're asking yourself, "but how does such tequila get its flavours if indeed this diffuser process strips such elements from the agave?" please check out our post on the additives legally allowed. Now, go out and purchase a diffuser made 100% Agave Tequila and Mezcal. While you're there anyways purchase a traditionally made made 100% Agave Tequila and Mezcal. Do a blind side X side with friends. Tweet us your thoughts and results.

These are some of the Tequila and Mezcal distilleries that currently own a diffuser:


If we have incorrectly written anything here, brands or representatives can reach out to us here.

Posted by VancouverGuero at 3:53 PM

VancouverGuero
A serial net-worker with a propensity for all things Agave related.

Disclaimer: This blog does not take any type of payments from any person, brand or corporation in exchange for advertisement or favorable reviews.